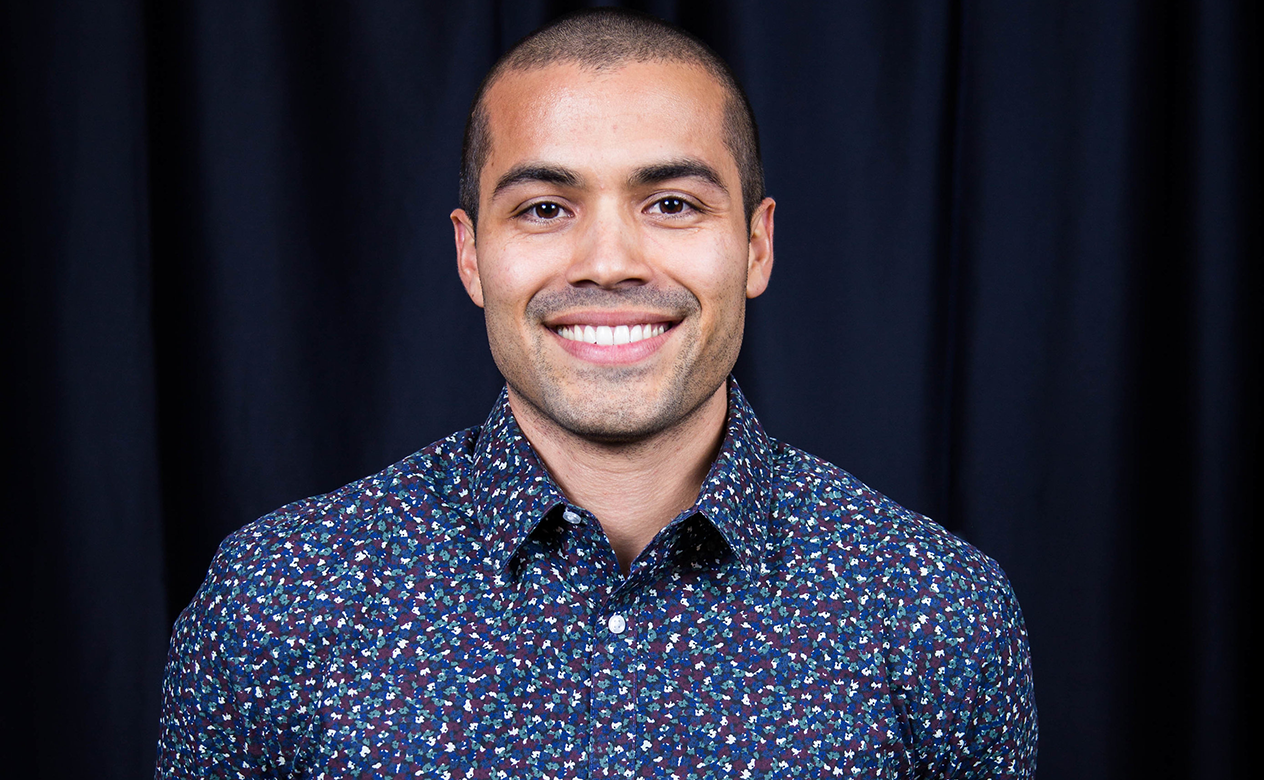 Pablo Campos grew up angry and frustrated. He discusses how he engaged in increasingly risky behaviors and polysubstance abuse, which led to an attempt to take his own life during his senior year of high school.

Today, with a clear diagnosis and a treatment plan, Pablo has begun his road to recovery. He talks about how stigma, cultural norms, and a lack of education affected him and how through help seeking, education, and a strong support network he has grown from being his own worst enemy to a powerful participant in his recovery.

He shares his story to encourage others to seek help, build peer support and to create a healthier sense of community.

Pablo Campos was born the year his parents came to the US from Guatemala and grew up in Alexandria, VA. Despite grandparents on both sides struggling from depression, addiction, and anxiety, he grew up without any discussion of or education on mental health. Juggling the norms of both the Guatemalan and American cultures was a challenge for Pablo, particularly when it came to emotional expression and seeking help. Lacking healthy coping skills, Pablo engaged in risk-taking behaviors including using and abusing substances, which led to an attempt to take his own life while in high school. After multiple stays at inpatient facilities for depression and addiction, with unsuccessful results, he learned he had undiagnosed ADHD; he eventually found proper treatment and began his road to recovery. He now talks publicly about how stigma and a lack of education made seeking help more difficult, but by finally finding a strong network of professionals and loved ones, he was able to grow from being his own worst enemy to a powerful participant in his recovery.

Pablo gained further stability by adopting a strong work ethic, which began at the front desk of a health club. There he learned a great deal about having a healthy body and a healthy mind, and is a strong advocate for good nutrition, physical fitness and self-care. As a result, he is a self-proclaimed foodie and enjoys cooking and eating a wide variety of cuisines. He is also a huge Harry Potter fan, enjoys the beach and indie music, and lavishes affection on his dog Kingsley. These all contribute to his mental well-being.

After taking time off from school to lay a strong foundation for his recovery and continued mental health, Pablo moved to Pensacola, FL to begin his undergraduate degree in social work at Pensacola State College. He served as a founding member and president of the Active Minds chapter at PSC for three semesters and also worked at the Crisis Action Referral Effort for Students or CARES office at Pensacola State. After receiving his AA in Social Work from PSC he moved to Raleigh, NC where he earned his Bachelor and Master of Social Work degrees from North Carolina State University working towards obtaining his LCSW.

Pablo has been in recovery since May of 2008 which he defines for himself as being free from drug and alcohol use while maintaining stable and strong mental health.

Pablo has been celebrating sobriety since 2008.

“Flying Under the Radar”

Pablo shares his story about not understanding why he had feelings of anger and frustration and of being unsure how to cope. He discusses how he engaged in increasingly risky behaviors and polysubstance abuse, which led to an attempt to take his own life during his senior year of high school.

Other options with Pablo

This speaker is available to participate in panels, workshops, and round-table discussions.

Supporting Ourselves and Our Loved Ones through Mental Health Recovery

In this 1.5-hour interactive workshop, Pablo educates audiences on mental health issues, the importance of help-seeking, and effective strategies for engaging in preventative self-care and helping loved ones in distress.

Virtual Version of Presentations and Workshops

Pablo offers virtual versions of his presentations and workshops.

What people are saying about Pablo

“Pablo has a powerful story that he communicates with poise. He was able to relate to students and provide context for seeking help.”

“Pablo engaged the students right away with his warmth and humor. They related easily to his presentation and appreciated the interactive style he used.”

“Pablo was truly an awesome speaker. He was so relatable and funny, and did an amazing job telling his story and relating to us. He came to speak to my sorority, and I believe that speaking at fraternities would be a really beneficial idea. I recommend your team reach out to fraternities across America.”

“Pablo was an incredibly inspiring speaker and I am so grateful to have had the opportunity to hear him speak.”

“Absolutely excellent, the students loved Pablo and we will certainly use Active Minds (hopefully Pablo!) in the future.”